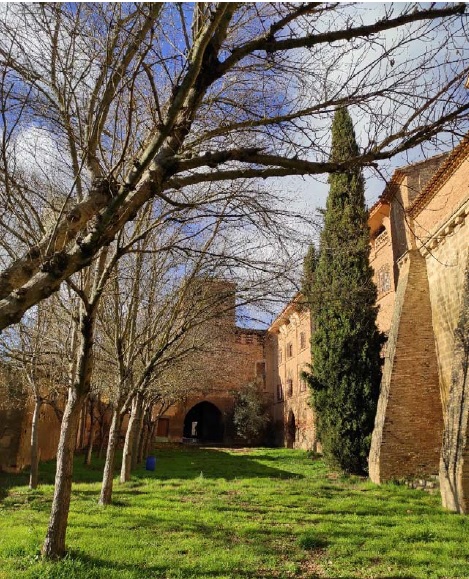 Posted at 16:26h in Uncategorized by Delera 0 Comments
0 Likes

A family company, PISIOSSE, from Ejea de los Caballeros, dedicated to the hotel business in rehabilitated historic buildings, has acquired the monastery in Huesca as a result of the bankruptcy of Fundación PROGEA

On 10 November this monastery was auctioned by order of Saragossa’s Commercial Court number 2, and the company PISIOSSE S.C. was awarded the contract. The complex, with a built-up area of around 10,000 m2 on a plot of 29,000 m2, was declared a national Historic-Artistic Monument by Royal Decree of 16 November 1979 by the Ministry of Culture, and on 16 February 2004 it was declared an Site of Cultural Interest. It is therefore subject to the Aragonese legislation for the protection of the Historical Heritage.

The monastery was founded in the 11th century and its current configuration is the product of different construction stages from the 12th to the 17th centuries. Its general state of conservation is quite acceptable, especially thanks to the intervention on the roofs carried out in recent years by the PROGEA Foundation, although, after the crisis that began in 2008 and the bankruptcy of the PROGEA Group, the recovery and conservation work had been interrupted and is still necessary.

PISSIOSE has been in permanent communication with the Casbas Town Council from the very first moment it showed its interest in this monument, and explained its plans for the monument to the mayoress, who welcomed them. Thus, among the objectives of PISSIOSE is to open a two or three star hotel with 25 or 30 rooms – adapted to the structure and interior distribution of the historic building, without major alterations, given the magnificent conservation of its interior spaces up to the 17th century -, the creation of a library and a centre for the digitalisation of collections specialising in medieval history, consisting of the library collections of several distinguished professors and lecturers of the University of Zaragoza, classrooms, meeting rooms and multifunctional spaces for cultural, social and business activities, etc.., a coworking space and incubator for rural entrepreneurship projects, a tourist information centre and a local souvenir and craft shop. A possible small residential or care use for the elderly according to innovative management and treatment models adapted to the reality of sparsely populated rural areas is also envisaged.

All these actions will be carried out under the following principles:

DELERA, a consultancy firm specialised in supporting innovative and repopulating rural development projects, has advised and assisted its client PISIOSSE throughout this process and congratulates itself for contributing to the recovery and valorisation of this cultural, social and business project in favour of the Aragonese heritage and the development of the municipality of Casbas de Huesca and the entire region of Hoya de Huesca – Plana de Uesca.

Sorry, the comment form is closed at this time.